Professor Reuben and I have come across an astounding scientific secret that has remained, well, a secret up until now. It concerns the best of our bovine friends, the common cow.

Where do all those cows come from? How do they get here? Was there was a time when there wasn’t cows or have they been here all this time? People have wondered this for years and with good reason; cows appear and disappear regularly with no explanation. You just don’t know. One day a field is empty and the next it’s swarming with cows like sweetcorn on a pizza.

Cows aren’t born through other cows. All that nonsense is only there to confuse you. I scoff at your notion of animals birthing animals. Cows come through a dimensional gate accessed only through bales of hay. They appear when nobody is looking, as white as my legs during the summer, with none of those black or brown splodges to speak of. It is only once they’re through into our world do they assume an identity and get splatted with paint to try and fit in with the others.

Normally I would be thrilled with such a boon. This is the kind of boon that the word ‘boon’ was made for. I’d be booning it large with a pint in one hand and maybe a couple of boons in the other. The cows, however, didn’t take too kindly to our interference with their practises.

Now that we’ve discovered this they’re after us. I haven’t slept for three days. Whenever I feel myself dropping off I can hear a sweet and low, “moo” drifting on the wind and we’re off again into the night.

If they get us and we don’t come back know only this, I regret nothing (except most of what I said and wrote in 2007).

No, don’t look at me like that. I am not retconning anything so you can put your tut books away and save them for something else on the internet.

Now look at me a different way, in a more pleasing manner. There, that’s much better.

‘Innerspace’ is a 1987 film by Joe Dante, the guy who directed Gremlins. It starred Dennis Quaid, Meg Ryan and Martin Short. In it, Dennis Quaid gets shrunk down (“shranken”) for scientific reasons and accidentally injected into Martin Short. This then continues for approximately two hours with gleeful comic elements a-plenty. I even believe that this is one of my sister-in-law’s favourite films. I have fond memories of watching this as a child and believe it still holds up today (it also includes everyone’s fondest actor’s actor – Robert Picardo a.k.a the doctor from Star Trek: Voyager).

So what’s going on then? What am I trying to change? A friend recently told me that he had never seen it so I decided to treat him to the blu-ray. That said, when it arrived in the post there was something amiss. The title didn’t quite fit with me so after a few modifications using paper and glue I believe I have fixed it.

I’m not asking for every single copy to be changed only that sometimes it should be referred to by its “correct” name.

It’s almost two years since we all joined hands and took an emotional journey underneath my car. Two years of laughter, tears and general wear and tear. Two years of usage in all weathers.

There has, naturally, been a clamour from people of all nationalities and faiths to know what’s become of the underside of my vehicle in the intervening time. And who am I to stand in their way? So a couple of weeks ago, I returned my car to the same garage who made the first weird video and asked them for a full service.

Service completed, another weird video of the underside of my car was duly texted to my phone, and I have spent an afternoon trying to download it from a website that has been very specifically and cleverly designed to prevent videos being downloaded. I then set it to stupid music.

Here we are then. Join me once more as we go… underneath my car one more time.

Q. The tread depth looks a bit low on the front tyres, is that OK?

A. Yes, I know. But they have at least another half a year on them so it’s fine. I’ll get them sorted later.

A. I don’t know. My car had a service but they didn’t make me a video. I was genuinely a bit disappointed about it.

Q. How did the MOT go? This was its first MOT wasn’t it?

A. Yes it was. You’ll be pleased to know that my car passed with flying colours.

There’s a button labelled “down”, but it’s not a lift. In fact the button appears to be attached to some sort of horn or flange.

Pressing the button must, therefore, do something down related using the flangehorn.

I concluded that a push of the button would result in large amounts of feathery duck down being sprayed out of the hornhole into my face.

I declined to push the button.

This item and/or apparatus has recently been found on the Pouring Beans estate. We would like to return it to it’s rightful owner. If it is yours, please let us know in the comments, and include proof of your ownership by mentioning something that only the owner of this item would know, such as its serial number, commemorative inscription or a description of its bizarre smell.

If it’s not yours, but you can tell us what it is, we’d be equally interested. Thank you.

Bri4n is a gimmick with only one main purpose in life, to sell insurance. He was created by some person, probably in a suit or a skirt, to steal people away from their insurance providers and their price-comparison websites, and lure them into the domain of the “look at this” and “you can get a free pen with this one, Nigel”.

When I found Bri4n he was hiding in a bag of charity shop clothes, right at the bottom in the hope that nobody would find him. At first I wasn’t sure if he was aware of everything so, cradled in my arms, I took him from the bag and placed him back in the real world. The light was bright in his tiny, robotic eyes, and his gaze shifted away towards the dark corners of the room.

Within a few days his temperament was more stable or, at least, stable enough to carry on with the conversation that had been dangling from my tongue. I told Bri4n that he was a gimmick and that the days of being a fixtures on television were long gone. I even told him that he was no longer a collectable and his brothers and sisters were being sold for nothing more than the price of a toaster on Ebay. This upset him greatly, I knew it would, but I needed to tell him the truth. It would sting like a bee in a hipster jacket, trying to convince his friends that baked potatoes smothered in strawberry jelly tasted better than it sounded. It was the only way he could move past this though and onto the next part of his life. I wanted a new start for Bri4n as it is something we all deserve when staring down the barrel of a downward spiral.

His recovery was carefully monitored over the next week. Bri4n remained silent for most of it, humming to himself in his lighter moments. I don’t believe that he will ever truly get past the facts that haunt his existence. I can see a great despair in his eyes that all the robot pornography and robo “road juice” can’t wash away. He is a great companion and, as a flat mate, other than not contributing anything towards the rent, nor attempting any of the various cleaning and cooking chores, he is ideal.

If you’re passing by my way you may see him, arms aloft, pupils blazing like the astro moons of Jupiter, cursing the world, lamenting his life, asking all of the important questions at the same time like a crazy old man shouting at a cloud.

There is a war on the horizon.

If you squint for long enough you can see them, dressed in their white lab coats, wafting beakers and bunsen burners around like slices of cheese. Science is in the air, an unmistakable smell that burns and pleases the nostrils in equal measures. There are three factions battling for the lauded position of Kings and Queens of Science. It will be long and it will be bloody. Not everyone will make it through, oh yes, there will be casualties. You best call your loved ones now because you’re definitely going to be late home tonight.

Real science has no place here. That’s a whole different category of its own so it’s staying on the sidelines, cheering on the pretenders and secretly laughing to itself about the whole affair. It’s brought a bag of Haribo and it doesn’t plan on sharing it with anyone else. Behind a veil of thin mist, and a long black trench coat, it nibbles on fried eggs and cola bottles without the surrounding crowd realising what is going on.

So who are these people, these candidates of coercion and comprehension? Pull up a beanie and let’s get started:

I think we know who won this.

Ian starts us off this month with a cracking question, which we quickly ignore and answer a question a bit like it. We discuss: 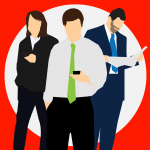